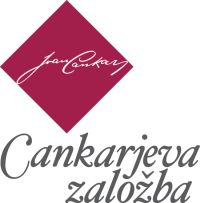 Getting in touch with different cultures and experiences is a crucial experience nowadays. Good work of literature not only expands our horizons, it broadens our empathy. The main goal of our publishing house (and this particular project) is to emphasize the importance of diversities. We want to promote linguistic heterogeneity and develop mutual co-operation between lesser used language communities, especially between the Balkans and the rest of EU.
Slovenia has a population of only 2 million, but is an important bridge between Europe and the Balkan applicants for membership. It was the first country in the western Balkans to have joined the EU and can act as a mediator on the literary map as well. That is why we have purposely chosen 10 topmost books with true, deep emotional punch, most of them from South and East Europe, and most of those by authors who haven’t been translated into Slovene language yet, so as to open new doors for them and build their reputation as a whole. (Source: EAC.)