Helping you get one step further

Invited panellists at the conference titled “Mobility for Creativity” shared different levels of information providers and consulting and advising. The conference organised by Motovila in Ljubljana on 4–5 April 2019, explored the benefits and challenges of international mobility in the cultural and creative sector, especially putting mobility’s environmental impact to the test.

First, we heard from Michiel Van der Padt from Dutch Culture / Mobility Info Point NL, a merger between SICA, Trans Artists and MEDIA Desk Netherlands, which helps take people one step further in their desire to take their work into or out of the Netherlands.

Second, Susana Costa Pereira from Centro de Informacão Europa Criativa / CED PT, spoke not only of the importance of her face-to-face work with organisations at CED PT but gave insight into the entire network of Creative Europe Desks. At the (inter)national level, the individual CEDs support organisations who are interested in applying for Creative Europe calls and tenders. The structures and models of the CEDs are as diverse as the EU countries in which they can be found, yet they come together in a network that aims to be a critical and competent liaison and translator of sorts between the EU, specifically the EC or EACEA, and the European cultural and creative sectors and now, lately, even between financial institutions and these sectors. For all the things that the arts can communicate, there is still a difficulty communicating to bankers and the business sector the value of arts and culture, so it’s helpful to have qualified “translators” to support such endeavours.

Finally, Anže Krajnc, who also represented the European level, described the work he does for the portal Your Europe Advice, which deals more specifically with the legal and administrative aspects of mobility (read: visas, taxation, social security, health insurance, etc.). As one of the EC initiatives, it connects 65 law experts from throughout Europe to provide free customised legal consulting on issues which can cause obstacles on the road or when crossing borders. As a former colleague who worked as an arts development director used to say, “Success is in the asking.” So surely, asking organisations such as these can be the first step towards a successful creative journey. 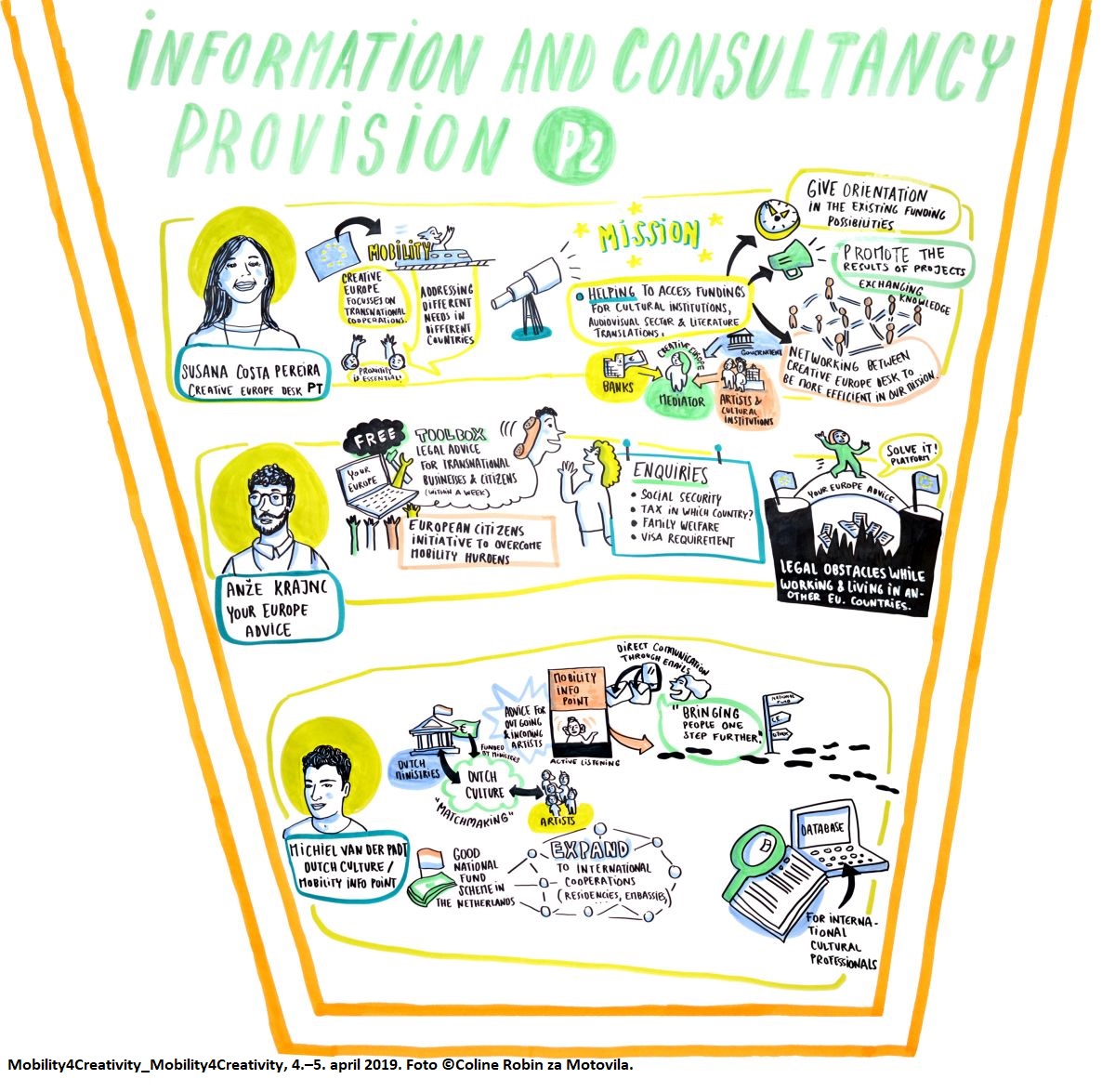