Skip to content
× This website uses cookies. Any further click on this site implies your consent with our use of cookies. More about cookies
/ 28.12. 2016
Creative Europe provides funding for translating European literature and also ensures a fair payment to translators. However, the downside is primarily the “bureaucratic part” of the programme along with the call's yearly change of focus and the confusion in determining the guidelines. Lesser-used languages have a difficult time competing with English. Publishers facing a small market are mainly rescued by having a strong social network of readers. The European Union Prize for Literature (EUPL) is good for authors, but not so great for publishers. 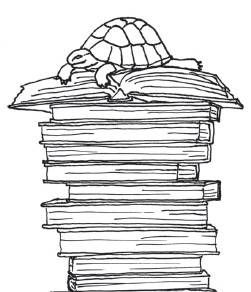 In the first two years of the Creative Europe programme (2014–2020), Slovenia successfully received EU support for literary translations. In 2016, however, only one Slovenian publisher received funding. In a discussion with publishers, Motovila Institute (CED Slovenia) wished to find out if the interest of Slovenian publishers to participate on the call for the support to literary translations is decreasing. At the same time, we wished to uncover the “secret” of success of other countries, who in past years have ranked approximately the same on the list of successfully funded publishers as Slovenia – Bulgaria, Macedonia, Hungary and Croatia. To see how much European literature Slovenian publishers have translated with the support of EU funding, check here (in Slovene).

Support from Creative Europe is welcome, but …

Publishers agreed that support for literary translation from Creative Europe means additional resources for the translations of high-quality (foreign) literature on the domestic (small!) market, resources that enable paying translators a fair fee. EU support also brings a certain visibility of the translated works and the possibility to present the translated authors (in the publisher’s country) on book fairs, festivals and other promotional events.

While support for Slovenian publishing houses for translations of foreign literature or for foreign publishers for the publishing of literary works of Slovenian authors into their own language is available from JAK and the Trubar Foundation (the approximate available amount each year is  1 mil EUR; in comparison, Slovenian publishing houses receive approximately 270,000 EUR each year from Creative Europe), publishers from Bulgaria, Croatia, Hungary and Macedonia mostly receive funding from foundations in their own countries that support the translation of foreign literature in different ways, if at all. Bulgaria recently established the Bulgarian Book of the National Book Centre, but Croatia, Macedonia and Hungary do not have a special agency for books as the field is in the domain of the Ministry of Culture. Although this year for the first time JAK introduced a system of co-financing cultural projects in the fields of books that were selected on the calls from the Culture sub-programme of Creative Europe, Bulgaria, Macedonia and Hungary do not have such a mechanism. The Croatian Ministry of Culture (similar to the Ministry of Culture of the Republic of Slovenia) co-finances the supported translation projects of publishers in their own country – together with the projects of Creative Europe from other fields – in the frame of a special mechanism (in Croatian).

Aboveall, the “bureaucratic part” of Creative Europe is what blemishes the positive opinion about the European programme. Through the EACEA, the European Commission every year changes the call’s guidelines, which makes it difficult for publishers. For example, changes to the number of automatic points given for the translation of an EUPL award-winning work, on the other hand, the call gives priority to less represented genres (such as poetry, children’s and youth literature, comics/graphic novels …), but in reality the applications for the translation of such works are often rejected (the winners of the EUPL are usually not among those rejected, since the award is usually bestowed to prose works, especially novels). In general, the criteria for the selection of applications are not clearly defined in the Guidelines. The entire document is written in a dense bureaucratic language and most of it is hard to understand.

Publishers point out the often slow communication with the officials at the EACEA, which sometimes takes a number of emails before the EACEA answers a question. Publishers also emphasise the problem of the “subjective” evaluation by independent experts. The biggest luck is to have a qualified evaluator who will recognise the quality of a good project. In general, publishers ask themselves what the EU actually wants with Creative Europe? With a budget that amounts to only approx. 3 mil EUR annually for all of the participating countries (of which there are now 38!), it is not possible to resolve all the problems encountered by European publishers who deal with literary translations and those problems differ across the different markets. All of the publishers on the roundtable agreed that the confusion of specifications and demands of the call show the current face of the EU, which does not know what to do and where to go itself. The political problems of the EU are reflected in the programme, for example, through the “desired” target languages of the translated works.

Lesser-used find it hard to compete with English

According to the guidelines of the call, lesser-used languages are essentially everything except English, German, French and Spanish (Castilian) (for example, Italian with its 60 million speakers is seen by the Commission as a lesser used language) and they are “undernourished” in terms of translations (that is, little is translated from other, especially lesser used, languages). In the greater majority of supported EU projects, translations from wider used languages to lesser-used ones are the norm, and this trend is one that the Commission wishes to (unsuccessfully) turn around. English, as the absolute winner among the wider used languages, of course, far exceeds the other with the number of translated works, also with the amount of EU support. On the translation calls it would be wise for the EU to rethink the criteria for balancing lesser used and wider used languages.

For publishers from the represented countries, the main motivation for participating in the call (and with it also the reason for success?) is of course the problem of the small market, with which they are confronted. In larger countries, or rather, with languages that have access to bigger markets, the investment into the translated book is returned with a large enough print run. For such activity, small markets urgently need co-financing. And with this the EU funding for them is now “shrinking” because it is more and more encourage that from European funding bag also absorbs the publishers from Great Britain, Germany, Italy, who previously were not funded. If 3 mil EUR is divided among 38 participating countries, that is less than 80,000 EUR per country!

Winners of the EUPL in publishing strategies

The translation of works awarded the European Union Prize for Literature (EUPL) are of course good for authors, but not so good for publishers. Altogether it is controversial and self-contradictory, since according to many publishers, the EUPL is actually a national award with the support of the EU (according to a rotating system in which a national jury from each eligible country awards one author every three years). The system of mandatory inclusion of the EUPL award-winning works into literary translation projects influences the editorial strategies of publishers and for that reason they understand it as forced and as a result problematic. A publisher without an EUPL award-winning work is almost as a rule excluded, since – according to the current system – such a publisher will not exceed the minimum number of points required for cofinancing.

The European Commission could somehow lower the number of points for the winners of the EUPL. A possible improvement of the system would be to encourage the translation of any work by the EUPL award-winning author and not exclusively the translation of the awarded work.

All of the publishers present agreed about the positive side of the EUPL: the award winners are translated into foreign languages at least more than they would have been and with that the foreign markets are also promoted, which is of course very welcome. As a EUPL-award winner herself, Gabriela Babnik emphasised that precisely that purpose of the award, is what enabled the translation of her novel Sušna doba [Dry Season] into foreign languages and with it connected the promotion to international events to which she would have a harder time accessing (book fairs, UNESCO, Forum of Slavic Cultures). Although she is grateful for the award, she would also like to have some of her other works translated. Works which, according to the author, are perhaps even better (for example, the new novel Intimno [Intimately] than the award-winning Sušna doba.

Six thematic video recordings from the round table

(1) What is your motivation to aplly for the EU grant? Why is this support important?
(2) Is there a national system supporting translation of literature?
(3) What is your opinion on the Creative Europe – Literary Translation award criteria?
(4) What is your opinion on the EU Prize for Literature (EUPL)?
(5) How do you see Creative Europe in future? What should be changed and how?
(6) Gabriela Babnik, EUPL awarded author about her experience with the EU Prize for Literature

Photo gallery of the event.