Skip to content
× This website uses cookies. Any further click on this site implies your consent with our use of cookies. More about cookies
/ 21.2. 2017
Open call for young writers from Albania, Belarus, Bosnia and Herzegovina, Macedonia, Moldova, Montenegro, Serbia and Ukraine. The fellowship winner will be guest of the 32nd Vilenica International Literary Festival in September 2017. The deadline for applications: 30 April 2017. 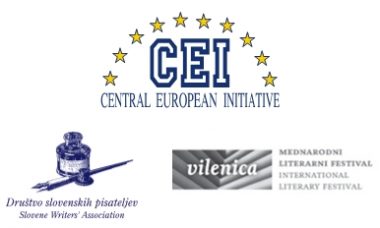 Central European Initiative (CEI) in co-operation with the Slovene Writers’ Association has launched an open call for applications for the “CEI Fellowship for writers in residence for the year 2017” within the Vilenica International Literary Festival. The Festival, a gathering of poets, prose writers, playwrights and essayists, but also translators, publishers, editors and critics from Central Europe and beyond is organised by the Slovene Writers’ Association in collaboration with the Cultural Society Vilenica from Sežana. The festival is currently part of the Creative Europe supported project Sharing the Wor(l)d.

The CEI Fellowship for Writers in Residence is an award aimed at encouraging cross-border cooperation and promotion in the field of literature for young writers from Central European countries not yet part of the European Union. The fellowship is endowed with a cash award of EUR 5,000 for a three-month stay in any of the CEI Member States, selected by the candidate. The fellowship winner will be guest of the 32nd Vilenica International Literary Festival, which will take place from 6 to 10 September 2017 at various locations in Slovenia. The fellowship winner will be officially announced at the press conference at the beginning of September, and fellowship will be awarded to him or her at the festival. The candidate is eligible for the fellowship from 6 September 2017 until 6 September 2018.

Applicants eligible for the fellowship are writers from all genres under 35 (born after 1982 – from 1 January 1983 onwards) from CEI Member States, which are not part of the EU, i.e. Albania, Belarus, Bosnia and Herzegovina, Macedonia, Moldova, Montenegro, Serbia and Ukraine.

The deadline for applications is 30 April 2017. Applications must be received in a sealed envelope by regular mail (Slovene Writers’ Association / (Writer in Residence) / Tomšičeva 12, SI-1000 Ljubljana).
See more in appendix (Call for aplication 2017, Registration-form_2017) or at Vilenica website.

Questions may be sent via e-mail or by fax no later than 14 days before the deadline to: Slovene Writers’ Association / Društvo slovenskih pisateljev: Ms Nana Vogrin (nana.vogrin@vilenica.si), T: +386 1 25 14 144.